MASS Advocates Standing Strong 19th Annual Conference was held at the Best Western Royal Plaza in Marlboro MA this year and what a SUCCESS! This year at the Regional breakout, James Miller discussed the happenings for the West Region Advocacy groups.  As the elections for Mass is happening two people from West Region were interested in joining Mass.  Both advocates are from Leadership Through Advocacy!

During our regional meeting west had Mary Anne Brennan to come to speak about different types of friendships from widening the circle .Some of these Include work, home which includes staff .significant others who can and to can’t be a significant other. Other topics included who to trust why to trust. Other topics of regional included logo for the conference and what other groups in the region had been doing. Some group had been working on the logo and came up with interesting ideas one being a world passing a set of blocks& building something another being a team right rise in the winning trophy or soccer ball another being a train. On a personal note kat told me how much the letter I wrote for her meant to her this really made my day. If there is a better way to end the day I don’t know it. The Berkshires have been working on holding their annual cop on top which is a fundraiser for the Special Olympics. Leadership through advocacy has been working on learning government and the political system with the upcoming election next year. Westfield held their annual holiday meeting at a restaurant. Open door will have their annual holiday party next Monday at BHN.

Write up by Santa\James Miller 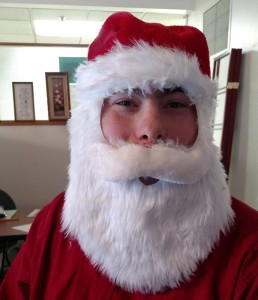 Open Door Club did not have staff so Steve Graves and James Miller called in on the conference line. The other groups in the region read October’s minutes. During this meeting we as a region decided what the name of the conference this year would be this year’s conference name is “Teamwork with Togetherness”. Also at the meeting was the mass advocates standing strong coordinator Ed Bielecki. Talking about changes in mass for the next year. He also talked about participation in the board for the next year also we talked about what we liked about the mass conference and what could be improved upon for next year. One of the things that came up for the mass conference was the date of the conference. It falls on the date that is set aside for the Berkshires to go to special Olympics they would like to see on a different date. I believe mass has outgrown that facility might be time to look for different venues other than this one it was starting to feel cramped. We also talked about the weight staff needing sensitivity training.

We have an upcoming event on December 1st with Mary Ann Brennan on relationships. There will be no regional meeting in January. This is our time to think of workshops we would like to see at the conference. 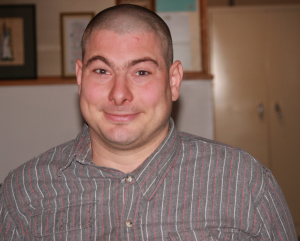